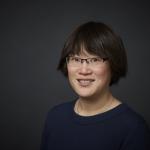 She has particular expertise on China, conducts comparative studies of social policies between Australia and China and on social service and community development of the Chinese population in Australia. Her research has been published in academic journals in social policy, urban studies and public policy, such as Urban Studies, Environment & Urbanisation, Social Policy & Administration and Public Administration and Development.

Bingqin has also consulted international organisations, such as the World Bank, European Union, the WHO, UNESCAP, IIED, and the DFID. She is also on the advisory board of research centres in universities in mainland China, Hong Kong and Taiwan.

She is frequently invited to give talks in universities and give public talks in Europe and Asia.

Li B, 2015, 'The network transition of human services for older people in China', presented at Annual conference of Social Welfare Association of Taiwan, Taipei, 17 May 2015 - 18 May 2015