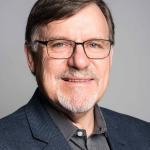 Following eight years in private architectural practice, Bruce joined UNSW in 1981 where his roles have included Head of the former Graduate School of the Built Environment, Director of Postgraduate Research, Director of the Master of Urban Development and Design Program, inaugural Director of the UNSW-UWS Centre of the Australian Housing and Urban Research Institute (AHURI), inaugural Deputy Director of the City Futures Research Centre, and Director of the former Australian School of Architecture and Design. Since 2017  he has been an Emeritus Professor in the City Futures Research Centre. Over his career, his research and teaching have focussed on the relationship between housing/urban design and human behaviour. He has also been an advisor and consultant to government on large-scale public housing estate renewal projects and is currently collaborating with Kyushu University in Fukuoka Japan in research on population ageing and housing issues in Japan.

Bruce's early doctoral research was on the physical and social characteristics of emerging housing types. Later, his extensive involvement in public housing estate community development and renewal led to research in that field. More recently his interests have focussed on the relationship between population ageing and the built environment in which field he has led a number of nationally funded research projects on older homelessness; housing, land and neighbourhood use by older home owners; and downsizing amongst older Australians funded by the Australian Housing and Urban Research Institute. He has also been a Chief Investigator on a number of Australian Research Council (ARC) funded projects on public housing estate renewal, high density housing, healthy planning, and multi-generational living. He has led a project on low income barriers to low carbon living funded by the Collaborate Research Centre for Low Carbon Living (CRC/LCL) and is currently a member of team undertaking research on energy efficiency in social housing funded by the Energy Efficiency Decision Making Node (EEDMN) of the NSW Office of Environment and Heritage. Bruce was the  inaugural Director of the UNSW-UWS Centre of the Australian Housing and Urban Research Institute (AHURI) from 2000-2002, and inaugural Deputy Director of the City Futures Research Centre from 2004-2006, where he continues to be based as an Emeritus Professor. He is also currently involved in collaborative research on population ageing and housing issues with Kyushu University in Fukuoka Japan funded by a Progress 100 Grant from Kyushu University.