Lasers (light amplification by stimulated emission of radiation) are different and significantly more hazardous than other sources of optical radiation. Laser beams usually are of a small diameter with low divergence and a high power density. Lasers can either emits radiation continuously or in a single pulse or a series of pulses. The output is either monochromatic or consists of a number of wavelengths. To manage the risks posed by lasers, UNSW formally regulates their use through the Radiation Safety Committee (RSC) 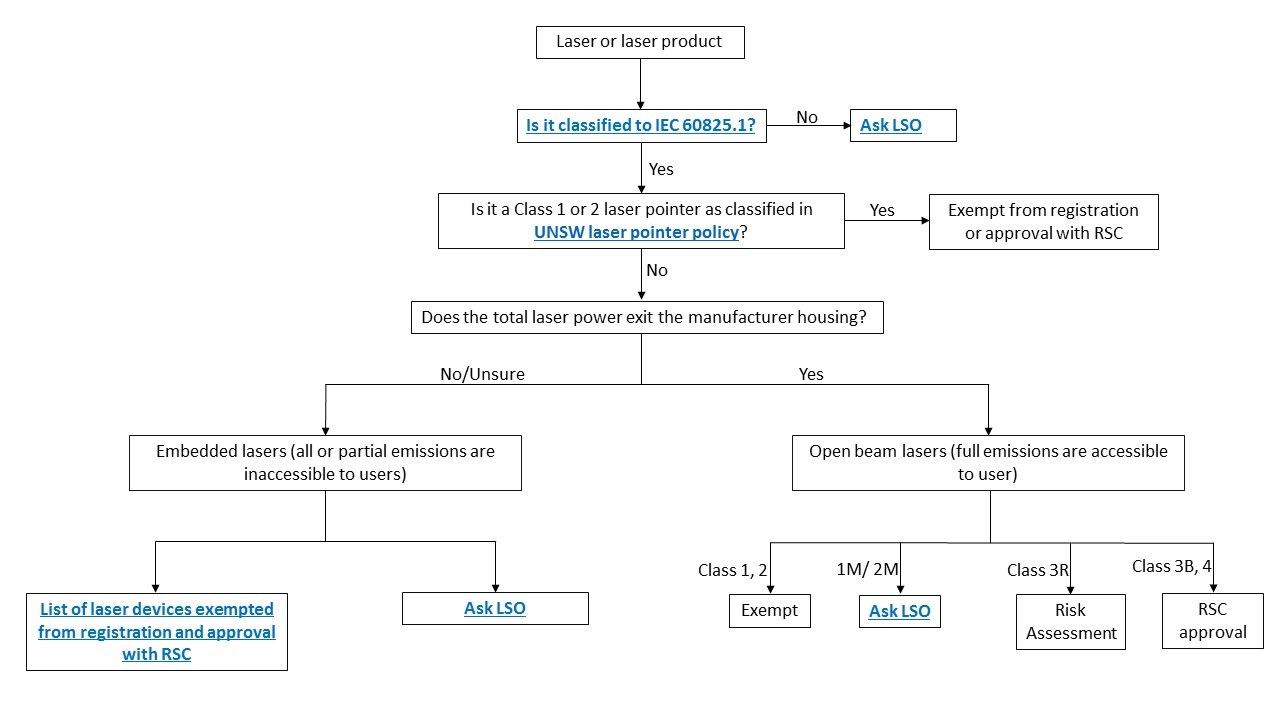 The following chart outlines the approval processes for the 3 types Laser Approvals by the RSC at UNSW: 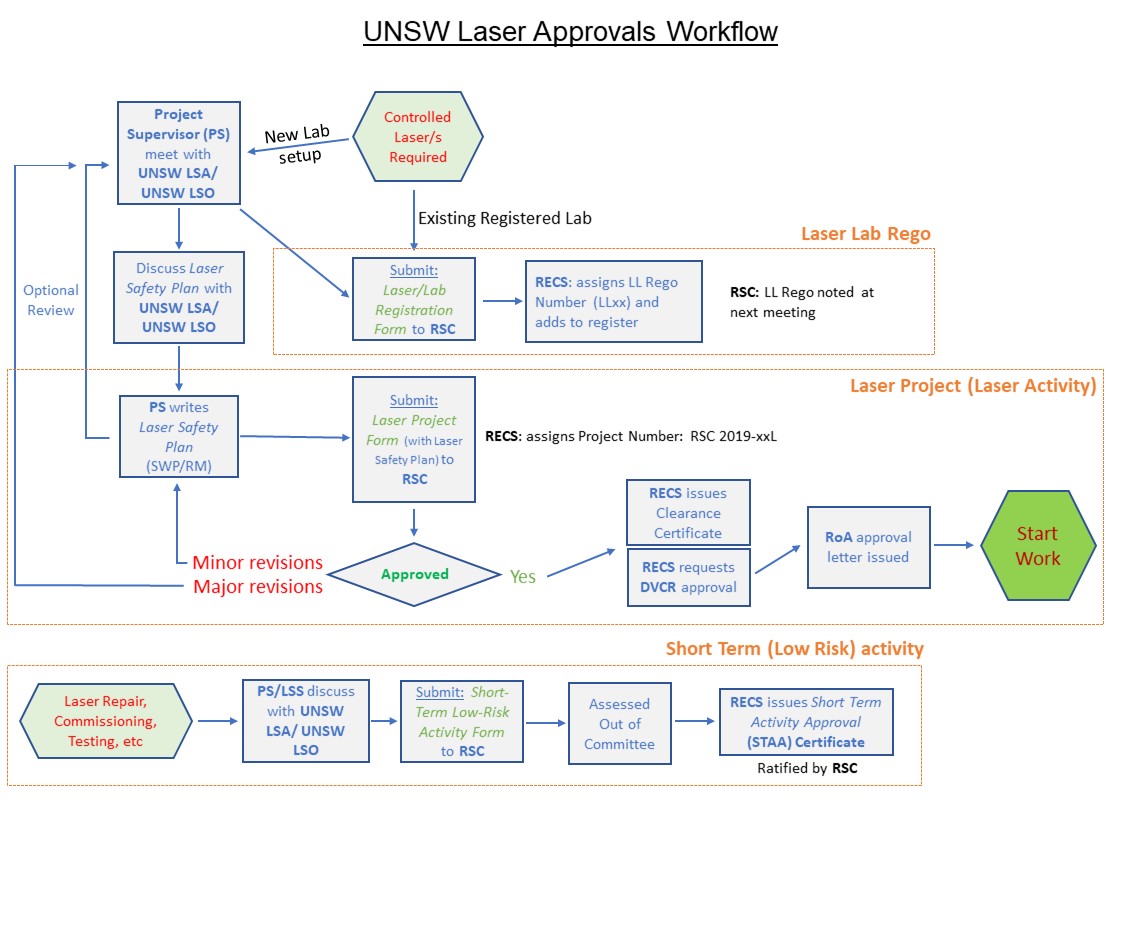 All regulated lasers (see above) and their associated laboratory must be registered with the RSC.

This is separate from the Project approval (see below) which outlines specific activities for which regulated lasers are to be used.

For new laser laboratories: the LSO/LSA needs to be consulted in the initial planning stages about safety controls and the Management Plan. Please contact: radiationsafety@unsw.edu.au.

The registered laboratory must:

Please contact us at radiationsafety@unsw.edu.au if you would like to decommission any of your registered lasers or laboratory

Researchers conducting projects involving the use of regulated lasers must apply for RSC approval before starting work.

Its is the responsibility of the Laser Project Supervisor (list of responsibilities are listed below) to ensure all activities involving regulated lasers are approved by the RSC.

The table below should be used as a guideline only. Whilst the courses are independent of each other, the level of training for individual's authorised activities should be justified in the laser project approval application to the RSC.

A laser pointer means a hand-held battery-operated device, designed or adapted to emit a laser beam, that may be used for the purposes of aiming, targeting or pointing. Despite their small innocuous appearance they can be hazardous to the eye.

Laser classification gives an indication to their degree of hazard:

The following policy applied to lasers pointers at UNSW

Power measurements: If you're unsure of your laser pointer's power output, contact us at radiationsafety@unsw.edu.au for advice.

Proprietary laser scanning confocal microscopes that are classified as Class 1 laser systems often contain embedded Class 3B or Class 4 lasers. When the confocal microscope is used as intended, no additional control measures are necessary. However, to be exempted from RSC registration and approval, any activities that permit access to hazardous laser radiation or degrades the integrity of the protective housing shall only be completed by an external, qualified, manufacturer-authorised service technician. The local manager/custodian must ensure a temporary laser controlled area is set up for these activities to avoid any exposure of UNSW personnel or the general public to laser radiation. It is advisable to liaise with the LSO to confirm exemption and when establishing the laser controlled area.

In-house assembled confocal microscopes or those that are maintained and serviced by UNSW personnel may require registration and approval with the RSC. Please contact us at radiationsafety@unsw.edu.au for advice.

Laser worker pre-employment, routine and end-of-employment ophthalmic eye examinations are not required at UNSW. Eye examinations carried out following an actual or suspected exposure to laser radiation shall be managed per the usual workplace injury reporting process. Refer to HS091 Health Monitoring Guideline for more information.