I lead the Big Ecology Lab, in the Evolution & Ecology Research Centre in the School of Biological, Earth and Environmental Sciences. My primary research goal is to quantify the ecological strategies employed by plant species in different environments, and to better understand the selective processes underlying global patterns in ecological strategy.

I am also Director of the Evolution & Ecology Research Centre.

I lead the Big Ecology Lab, in the Evolution & Ecology Research Centre in the School of Biological, Earth and Environmental Sciences. My primary research goal is to quantify the ecological strategies employed by plant species in different environments, and to better understand the selective processes underlying global patterns in ecological strategy.

I am also Director of the Evolution & Ecology Research Centre.

My Research in Detail

My students and I use a combination of field work and synthesis of data from the literature to quantify large scale patterns in ecology. We use controlled glasshouse conditions to study rapid evolution in introduced species, and we use herbarium, seed bank and museum specimens to study plants and animals from the past. We collaborate with ecologists from all around the world, and with researchers from a range of other disciplines including geography, climate science, and statistics.

Alexander Sentinella (PhD student) - Which plant species are most vulnerable to climate change?

I would love to talk to potential PhD students who are interested in working on projects in large scale ecology, or who have exciting ideas of their own.

The Big Ecology Lab is a very collaborative group, with really wide-ranging interests. As a student in the Big Ecology lab, you’re expected to get involved with as many things as possible. For instance, you might attend a weekly discussion group, present work at conferences, help your labmates out (with fieldwork, figuring out the answers to difficult questions, and with moral support), do some undergrad teaching, go to seminars, talk science with other staff/students in the department, and come out for beer sometimes. This all takes up time; but it's this sort of stuff that makes being a grad student fun.

If you are a PhD or MSc student, I think it is best if you can come up with your own research topic (after all, you’re going to be thinking about this topic a lot for the next 2-4 years – it might as well be something you really care about). However, I will work with you to make sure that you end up with something that’s going to be achievable, scientifically sound AND interesting. I’m open to a wide range of project topics. BSc(hons) students – I realise you might not have a clear idea of what you want to work on yet, and that’s perfectly ok. I will be really happy to talk about your ideas for research; but if you can’t come up with anything, I do have a list of project ideas that I think will be both manageable and interesting.

The single most important thing you should do while choosing a supervisor is to talk to their past/present students and ask what it’s like in their lab. Come and talk to us all.

BEES4517: Honours in the School of Biological, Earth and Environmental Sciences (co-coordinator, with Lisa Schwanz).

I am on the NSW Biodiversity Conservation Advisory Panel

I am an active participant in Scientists in Schools.

I am a jury member for the L’Oreal for Women in Science Fellowship scheme, a judge for the OEH Eureka prize for Environmental research, and run the Ecological Society of Australia/NSW OEH prize for Outstanding Outreach.

2017: Became a fellow of the Royal Society of New South Wales

2013: Frank Fenner Prize for Life Scientist of the Year

2011: Included in The (Sydney) Magazine list of the 100 most influential people in NSW

2010: Edgeworth David Medal, Royal Society of New South Wales (awarded to a scientist under the age of 35 for work contributing to the advancement of Australian science)

2009: JG Russell Award (awarded to one QEII fellow each year by the Australian Academy of Science)

2008: NSW Tall Poppy Award (awarded by the Australian Institute of Policy and Science for outstanding scientific research and communication)

2008: L’Oreal/UNESCO for Women in Science Fellowship

by Professor Angela Moles
View all »

My lab website - includes past and present lab members, current research projects, photographs and links to our media coverage.

My profile on The Conversation

My appearance on Gardening Australia

This is my acceptance speech for the 2013 Frank Fenner Prize for Life Scientist of the Year. The speech was given at parliament house, and was broadcast on Radio National.

I established 75 study sites in natural ecosystems all around the world, including rainforest in the Congo, China and Peru; desert in Israel and Arizona; tundra in Patagonia, Alaska and Greenland, and savanna in Zambia, South Africa and Australia. At each site my collaborators and I mea...

My ARC-funded work on rapid evolution in introduced species.

This project was part of the awesome CSIRO Scientists in Schools scheme. The year 7 girls from Kambala, their teacher Nikki Zimmerman, Julia Cooke (UNSW) and I did an experiment to see how best to keep your Christmas tree healthy (answer: hairspray!).

My talk at 2012 TEDxSydney - about how introduced species are evolving, and whether we will eventually accept them as new native species.
Grand challenge lecture at QUT in 2014
Video made when I received a L'Oreal for Women in Science Fellowship in 2008 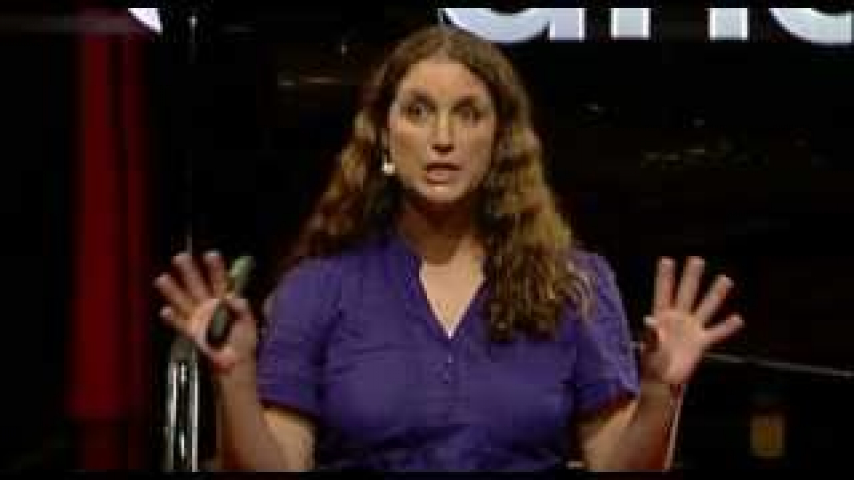 Our Relationship with Weeds: Angela Moles at TEDxSydney 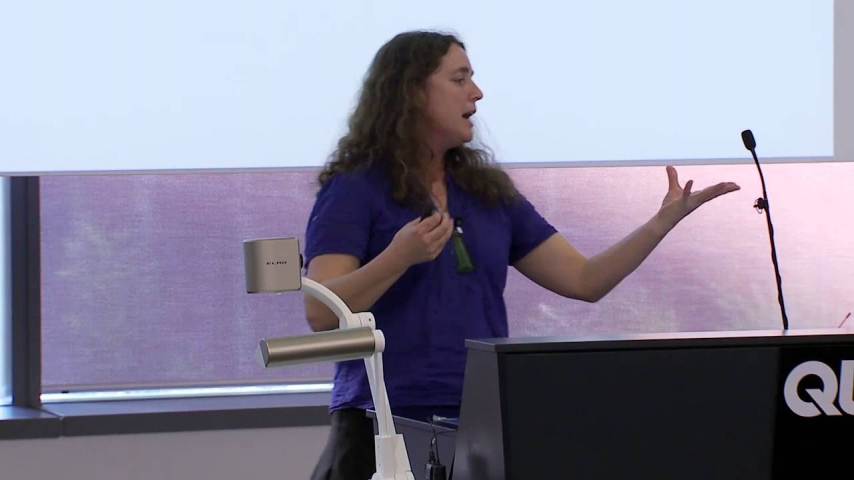 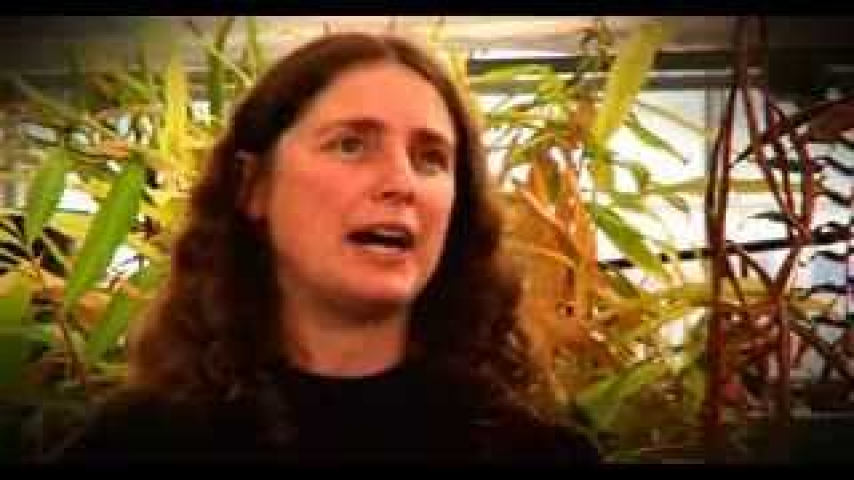 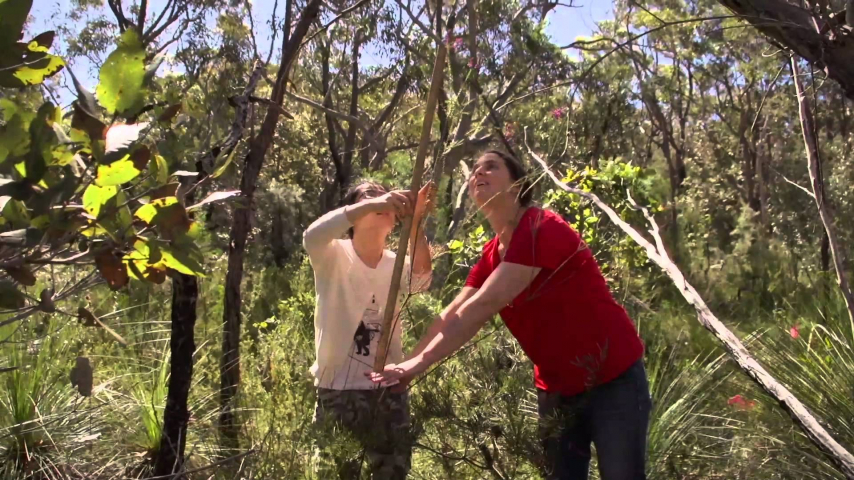 Frank Fenner Prize for Life Scientist of the Year 2013