Tom Sear is one of Australia leading commentators, researchers and advisers on democratic resilience in an era of cyber conflict and social media manipulation. Tom has advised the Australian and New Zealand Governments along with the US Department of Defense on cyber security and social media manipulation, counter influence initiatives and digital literacy policy. His PhD concerns how to build tolerant national cultures in social media to defend pluralistic societies. Tom led grant-funded data analysis projects to analyze cross platform nation-state social media propaganda influence operations during the recent Australian Federal election. Tom is an advisor and cyber security practitioner to government and Industry. He is an experienced and DST grant funded researcher in global multi platform social media analysis including cross lingual work with WeChat.

During the recent Australian election Tom published several major opinion pieces, and was quoted and interviewed on ABC News, ABC Television in all major capital cities, The Australian, News.com.au, The Financial Times, The Griffith Review, ABC RN Drive, The Herald Sun, The Courier Mail, Perth Now, The Asian Correspondent, The Advertiser, The Canberra Times, Cairns Post, South China Morning Post, The Washington Post, and the New York Times and Chinese mainland outlets. Independent of broadcast, during the election period alone, Tom’s research and commentary had a reach of 100 million.

2012-13 As a convenor of the ACT Chapter of the Australasian Research Management Society (ARMS), in association with managers nationally, I led the professional body for Research managers in our territory, with an aim to increase understanding of contemporary research management practices in the sector.
Following a request from the National Executive of ARMS, I coordinated and chaired the Research Offices’ roundtable at the ARC Research Administrators Seminar on 25 November 2013, in association with the Laura Dan, Chief Program Officer, ARC and several research directors from universities Australia-wide.
Also at the request of the National Executive, I led, authored and coordinated feedback for the Australasian Research Management Society (ARMS) formal Response to DIICCSRTE Assessing the wider benefits arising from university-based research: Discussion paper. I led sector liaison around the paper in collaboration with Lisa Schofield, General Manager, Research Outcomes and Policy Branch, Department of Industry. Positive public feedback on the report was received from Dr Rob Porteous, Head Science and Research Division Department of Industry, Innovation, Climate Change, Science, Research and Tertiary Education.
Led nationally attended ‘Impact Workshop’ in association with Government and with ANU wide academic participation. Approximate 100 attendees.
2014 ARMS Submission to Senate Economics References Committee, Inquiry into the Australian Innovation System, August 2014.

Submission to the Joint Standing Committee on Electoral Matters Inquiry into and report on all aspects of the conduct of the 2016 Federal Election and matters related thereto. The Parliament of Australia. Several key recommendations were undertaken and adopted by the Government.

PhD work explores digital commemoration and the warfare information space (notably interpersonal and social media-based communication) over the last century. It has a particular focus on the convergence and reflexivity between the memory of nodal conflicts from the twentieth century, contemporary war and media ecologies and gaming within planetary scale computation. The purpose of this interdisciplinary research is to advise IT specialists, military personnel and educators how to maximize information tools within future conflict, by applying historical, social science and digital theory lenses to the analysis.

Cyber security is increasingly concerned with the cultural and social dynamics operating in digital space. Historical data, popular recollection of war and commemoration are potent forces that both connect and polarise society and social media. They are also forms of cultural memory that can be mobilised or attacked in information war.

Commemoration has emerged a central dynamic of information war (IW).  Memory, articulated as digital information enters the cyber domain of mass influence. Today, the internet offers a chance to personalise our commemoration by choosing when, where and how we take part. Increasingly the past, present and future blur together. Contemporary conflicts are commemorated as soon as they occur, using words and imagery from the past. The faces of soldiers and nurses from 1915 appear on our screens alongside those from 1945, 1965, 2005 and 2015. This capacity for simultaneous, personalised correlation beyond the realms of conventional Westphalian sovereignty, creates a new opportunity for state and non-state actors to use information in a cyber-security environment. Indeed, in one of the most well-known cases of Cyber War, the 2007 Estonian incident, it was the removal of a bronze memorial to Soviet era soldiers that triggered the cyber-attack.

Coordinating influencing, measurement and the identification of priorities to ensure consistent messaging in the cyber realm is an increasing focus of international defence partners. The functions, definitions and authorities within contemporary militaries PSYOPS (now known as Military Information Support Operations [MISO]) Information Operations (IO) and Strategic Communications (StratComms) increasingly overlap in the cyber realm. Providing cohesive, complementary approaches in the information realm is now a major challenge for national governments.

Article in invitation-only first edition of The Journal of Digital War https://www.digital-war.org/

2019 Election Period and lead up – Cyber Manipulation Research and Advice

Led and awarded funding to research disinformation and cyber manipulation during the 2019 Federal Election by the National Security College, Commonwealth Government, Defence Science and Technology and The Australian National University -
Project: Cross-Platform Propaganda: Tracking Foreign Influence in Australian Politics
Featured during election in:
https://www.abc.net.au/news/2019-05-09/pm-targeted-by-chinese-communist-party-related-wechat-accounts/11092238 and https://www.9news.com.au/world/federal-election-2019-chinese-social-media-ridicules-the-prime-minister-and-coalition-government-on-wechat/726b5352-6819-49e1-ba5a-47b3a5aadd4e

Submission to the Joint Standing Committee on Electoral Matters Inquiry into and report on all aspects of the conduct of the 2016 Federal Election and matters related thereto. The Parliament of Australia. Several key recommendations were undertaken and adopted by the Government.

Report by request: #MH17: Initial observations of Russian influence operations relating to Australia Submission on notice Executive Summary, Joint Standing Committee on Electoral Matters, Parliament of Australia, Inquiry into and report on all aspects of the conduct of the 2016 Federal Election and matters related thereto. Also Appeared as requested witness before the committee. For report please see: https://www.academia.edu/39651248/JSCEM_SEAR_MH17_Initial_observations_of_Russian_influence_operations_relating_to_Australia20190621_69531_uipats

by Mr Tom Sear
View all »

Two and a half years on from the 2016 US election, the subject of Russian interference is still in the headlines. With the federal election just days away, UNSW Canberra Cyber Research Fellow Tom Sear said Australians need to be aware of similar threats. 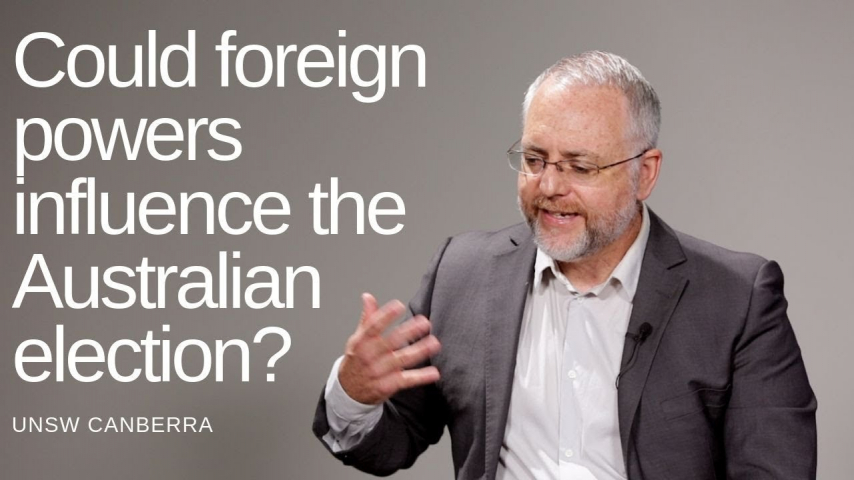 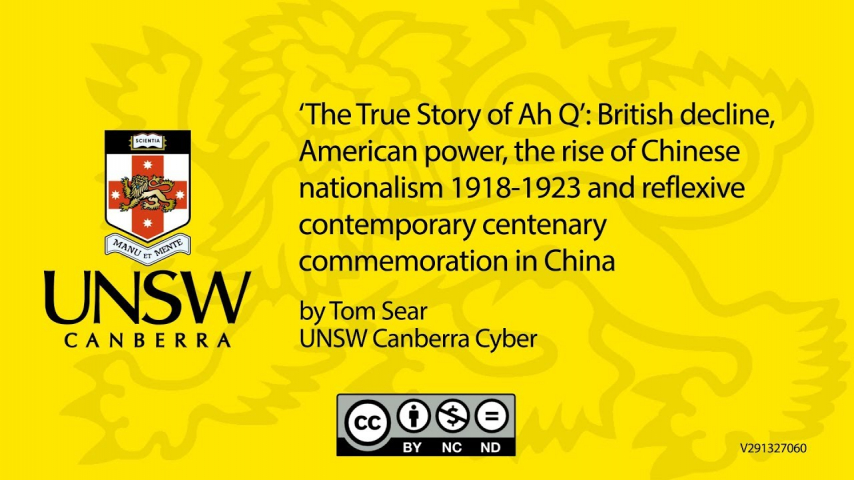 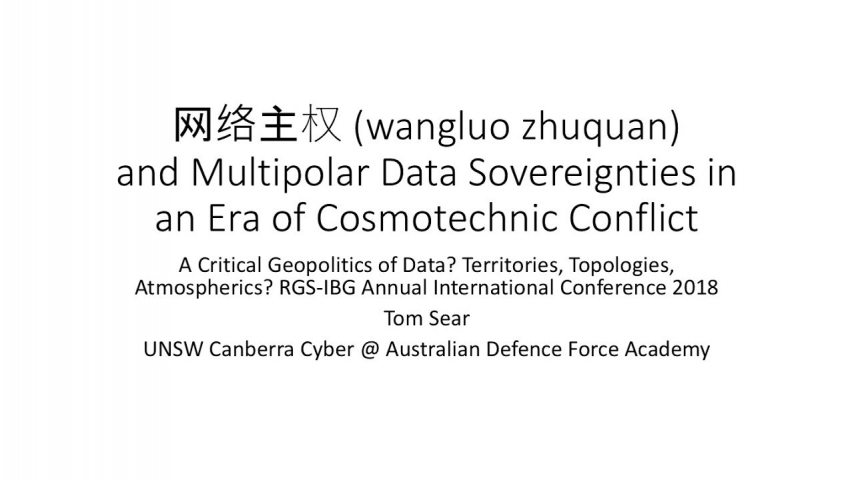 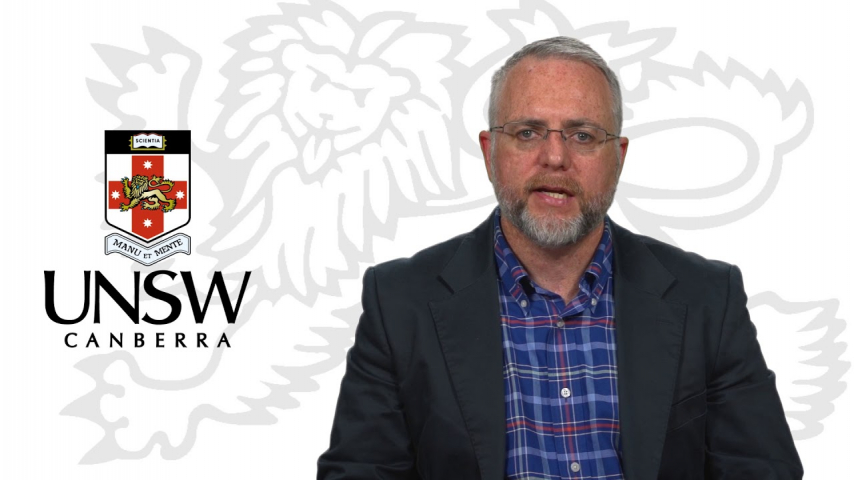 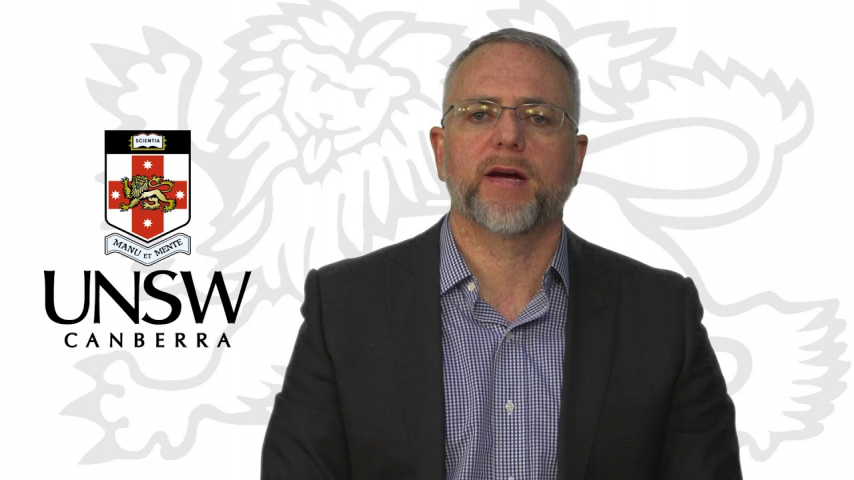 Anzac: Cloud Commemoration and the Centenary of the First World War