ARC Laureate Professor Veena Sahajwalla is revolutionising recycling science to enable global industries to safely utilise toxic and complex wastes as low-cost alternatives to virgin raw materials and fossil fuels. As Founding Director of UNSW’s Centre for Sustainable Materials Research and Technology, Veena and her team are working closely with industry partners to deliver the new science, processes and technologies that will drive the redirection of many of the world’s most challenging waste streams away from landfills and back into production; simultaneously reducing costs to alleviating pressures on the environment. She is reimagining the global supply chain by demonstrating the viability of ‘mining’ our overburdened landfills to harness the wealth of useful elements like carbon, hydrogen and materials like silica, titania and metals embedded in our waste. By using precisely controlled high temperature reactions – that selectively break and reform the waste into previously unimaginable value added green materials and products. She is building an unparalleled portfolio of new science and engineering that is overcoming many of the technical limitations and cost barriers of conventional recycling that currently leaves much of our waste behind.

The Australian Research Council Georgina Sweet Laureate Fellowship, received by Professor Sahajwalla in 2014, will provide the scientific foundation for a novel concept, the environmentally and economically sustainable micro-recycling of e-waste. The 5-year program will open advanced 'niche' markets for value-added metals and alloys derived from the untapped potential of 30-50 million tonnes of hazardous e-waste generated annually worldwide.

Veena became the first woman to be awarded the prestigious Jubilee Professorship by the Indian Academy of Sciences in 2017. In 2016, she was named one of Australia’s Most Innovative Engineers by Engineers Australia. These were the latest in a long list of honours that included, in 2015, Innovation Winner of the Australian Financial Review­–Westpac 100 Women of Influence awards and Veena’s inclusion on the list of Australia’s 100 Most Influential Engineers (Engineers Australia). In 2012, Veena won the Australian Innovation Challenge (Overall Winner) as well as the GE Eco Innovation Award for Individual Excellence and a Banksia Award. Her ‘green steel’ technology was also named on the US Society for Manufacturing Engineers’ 2012 list of ‘innovations that could change the way we manufacture’. In 2011, Veena received the Pravasi Bharatiya Samman Award (outstanding achievement in the field of science) from the Government India. She was elected as a Fellow of the Australian Academy of Technological Sciences and Engineering (ATSE) in 2007 and a Fellow of the Institution of Engineers, Australia, in 2005.

Professor Veena Sahajwalla has laid the foundation for a significant legacy in establishing UNSW Australia’s world-class Centre for Sustainable Materials Research and Technology and its unrivalled research infrastructure; in achieving ground-breaking new fundamental knowledge in her field; in translating research outcomes into major changes to sustainable industry practices internationally; in building teams and collaborative networks, and in fostering innovation and initiative to enhance the success of her students.

Veena is renowned for her internationally commercialised EAF ‘green’ steelmaking process that is utilising millions of waste tyres otherwise destined for landfill as a partial replacement for coke. The conceptual and scientific breakthroughs that underpin ‘green steel’ have paved the way for an unparalleled portfolio of new ‘waste to value’ science, built over years of research at the SMaRT Centre, with valuable contributions from industry partners. With her SMaRT Centre research team, Veena is overcoming the many technical limitations and cost barriers of conventional, industrial scale recycling by investigating waste at its elemental level. The world’s waste mountains are packed with useful elements like carbon, hydrogen and materials like silica, titania and metals, our industries would otherwise source from virgin resources.

Veena is facilitating the roll out of safe, cost-effective ‘waste to value’ solutions via her unique microfactory model, which brings a solution to the (waste) problem for the first time. In future, these small-scale microfactories will enable local communities to produce many of the products, materials and resources they need locally, using resources largely derived from waste. This new approach promises to disrupt today’s highly centralised, vertically integrated industrial model and its mass global markets, as agile technologies drive the decentralisation of manufacturing, with positive economic and social impacts. The first two microfactories will be unveiled on campus at UNSW in 2018 focusing on e-waste and green materials. Using Veena’s high temperature approach, e-waste can be safely transformed into valuable metal alloys, plastic 3D printer filament and other advanced materials, like silicon carbide nanoparticles; with multiple industrial uses. High quality green materials, such as benchtops, panelling and flooring, can manufactured from mixed glass and plastics and other common wastes currently destined for landfill.

The Centre for Sustainable Materials Research and Technology (SMaRT@UNSW) brings together researchers from the Faculties of Science, Engineering and the Built Environment to work with industry on the development of innovative, sustainable materials and manufacturing processes.

Achieving sustainability targets set by industry has created a need for commercially relevant and globally significant R&D. The SMaRT Centre works with industry partners to develop the fundamental and applied science underlying sustainable materials and technologies.

Professor Veena Sahajwalla firmly believes that the benefits of science and engineering, and their global role in shaping the world we live in, must be widely understood to secure Australia’s economic future and it ensure Australians are equipped to take advantage of the rapid advances in science and technology that are transforming our daily lives. This has led her to devote considerable time and energy to community engagement and the translating of complex concepts in accessible and entertaining presentations, at conference and public events and via the media. Her interest in the multiplier effect across impact and influence is central to all of her work and core to inspiring the next generation of scientists to address environmental challenges through innovation.

Professor Sahajwalla is a regular speaker at leading industry events worldwide focusing on green manufacturing and the fourth R – ‘Reform’. In 2009 she initiated the bi-annual International Sustainability Symposium program which serves as a unique platform for connecting academia, industry, policy makers and the media. In 2015 she was invited by Ian Chubb, Chief Scientist for Australia, to join the Strategic Priority Workshop, an academic workshop promoting productive industry-research collaborations leading up to the Australian government’s National Science and Research Priorities announcement.

While already well-known and highly respected in her academic field, Veena became one of Australia’s best-known scientists and inventors through her regular appearances as a judge on the long-running ABC TV series The New Inventors. She continues her community engagement through regular school visits and public talks, her mentoring program for girls in science (Science 50:50) and regular media commentary. In the academic sphere, Veena has delivered keynote and invited speeches at some of the most prestigious research gatherings and conferences across the world in Argentina, Canada, China, India, Japan, South Korea, Malaysia, Mexico, South Africa, Sweden, UK and USA. She has also published more than 300 refereed papers in leading journals and conference proceedings in her field. Veena completed her Master’s degree at the University of British Columbia and her PhD at The University of Michigan.

Highlights of engagement activities include:

An in-depth atomic-level investigation will be carried out on the surface/sub-surface region of molten steel (Fe-C-S system; 1550-1650 C); key aspects of surface bonding network, atomic concentration profiles, the influence of surface-active elements, surface thermodynamics, pathways and mechanisms for surface reactions will be determined. Reliable atomistic descriptions of liquid surfaces as well as interfacial regions will be achieved for the first time using computer simulations and high temperature experimentation.

The novel and recycled refractories developed will lead to reductions in waste generation through reduced wear, resulting in significant economic and environmental benefits. Optimising the characteristics of these refractories will result in longer refractory life, reduced downtime, and increased product quality. These advances will result in significant advantages for the steel industry.

Novel waste recycling process will improve the efficiency of Electric Arc Furnace steelmaking, lowering costs and energy consumption, thereby enhancing the international competitiveness of Australian steelmaking industry. At the same time, our advances will allow EAFs to consume substantial amounts of plastic waste, including plastics that are currently unsuitable for recycling. The technology will lower greenhouse gas emissions and will reduce the reliance of EAFs on metallurgical coke. This will have a significant impact on the environment.

Our advances will deliver the fundamental science that will enable the aluminium industry to consume substantial amounts of plastic waste, including plastics that are currently unsuitable for recycling. This technology is likely to make significant contributions towards the development of a sustainable recycling oriented society, to curb global warming, enhancing the international competitiveness of Australian aluminium manufacturing.

Through high temperature experimental research on interactions of waste with molten iron, computer simulations and theoretical analysis, I will develop recycling fundamentals,… 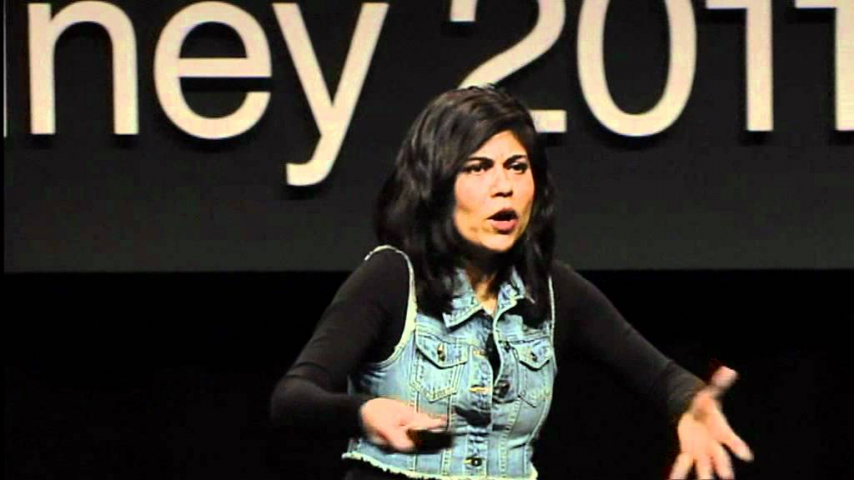 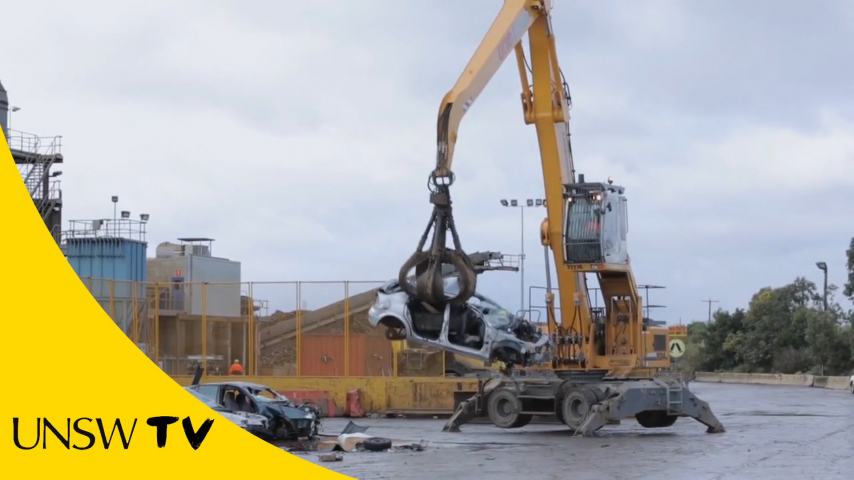 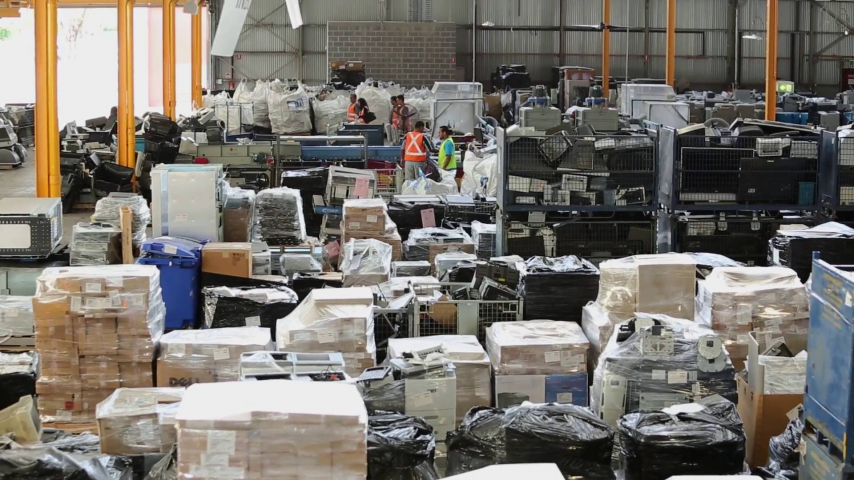 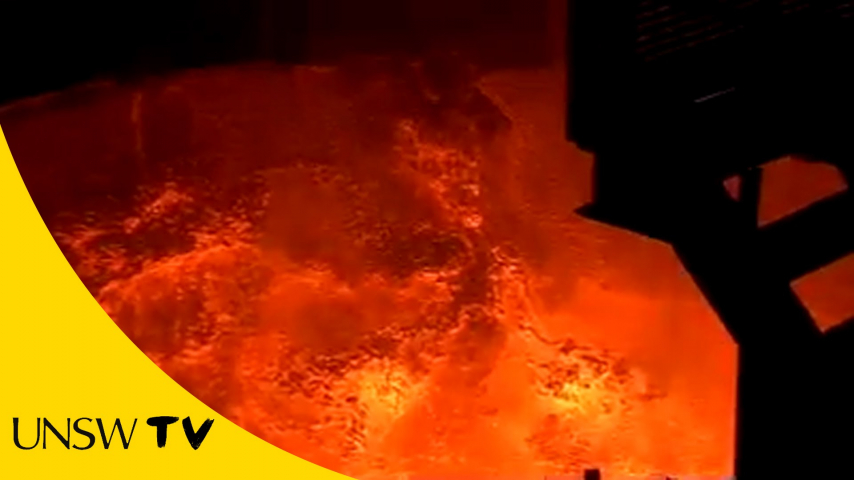 From Shopping Bags to Steel