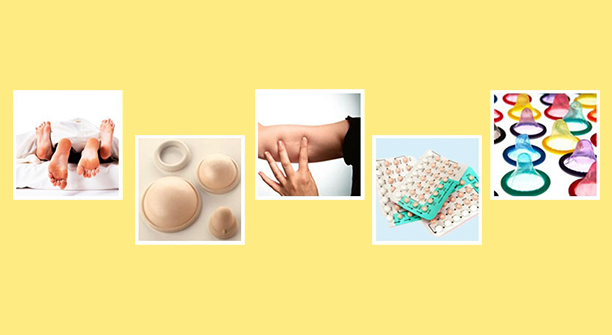 Women (and men) use contraception so that they can have sex without pregnancy. Yet we know surprisingly little about how women perceive the effects of the different contraceptive methods on their bodies and on their relationships. This study asked women about their thoughts, feelings and experiences of contraception as part of their sexual lives. It has helped us understand why women change contraceptive methods, why they sometimes put up with undesirable side effects and why they sometimes take risks even when they do not wish to become pregnant. The findings have extended the sociological understanding of heterosexual interactions. What we learnt has been used in writing contraceptive information for women and in training doctors and nurses in contraceptive counselling and prescribing.

In order to examine women’s attitudes towards and understandings and experiences of fertility control and choice of contraceptive methods in relation to their sexual lives, we conducted a qualitative study based on in-depth open-ended interviews with 94 women of reproductive age (16–49) in New South Wales.

As this is a qualitative study of women’s understandings and experiences, the results are not in the form ‘28% of women were using oral contraceptives’ or ‘X was less effective as a contraceptive for young women’. Rather, they are a picture of the way women think about their bodies, sex and contraception and the way they navigate information sources (mostly informal) and medical service provision.

This study adds to development of work on 'folk physiology', or lay understandings of the body. This is both a theoretical contribution to the sociology of health and immediately useful for application to health promotion.

The findings and insights of the project are already being incorporated into service provision and development of patient information materials. They are being used in training for medical and other health professionals through the work of Family Planning NSW, which is a clinical and training organisation. As research generated at Family Planning NSW—one of the country’s largest family planning bodies—informs and feeds into the practice, policies, training and resource materials of family planning bodies in other states, the changes will gradually be reflected around Australia. As a result information will be provided in a more woman-friendly manner, reflecting women’s ways of thinking about contraception. Educational materials will also include information on the sexual effects of different methods, which has not generally been given in the past. We are currently working with FPNSW’s education team to review contraceptive method information sheets.

This project bridges the gap between the medical approach to contraception and the views of the general public. Medical research and clinical practice often take a risk–benefit approach to method choice and are at a loss to explain why women fail to use the more effective, safer methods. This study unpacks the ideas held by women about what is ‘natural’, what is safe, what constitutes control over fertility, and what is desirable in sex with a partner, with the result that women’s behaviour becomes understandable rather than mysterious. The findings will support health professionals in understanding the myriad of factors, including bodily perceptions, that influence a woman’s choice of contraceptive and her reasons for continuing or discontinuing it.

Publications and other outputs

Richters, J. (July 2011). What’s contraception got to do with sex? The neglect of reproductive issues in sexuality research. Presented at Naming and Framing: The Making of Sexual (In)Equality, IASSCS VIII Conference, Madrid, July 2011. Abstract 2533. The abstract was chosen for publication in the special issue of Culture, Health & Sexuality comprising a selection of the highest-scoring abstracts submitted to the conference.

This project was funded by ARC Linkage Grant LP110200996 to the University of New South Wales, University of Sydney, and Family Planning NSW.