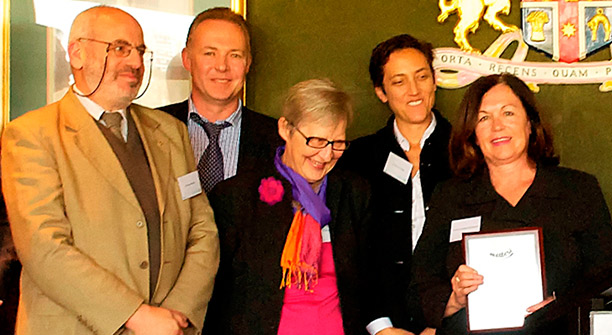 Smoking bans were implemented in NSW prisons in August 2015, but their effectiveness in promoting long term cessation has not been established.  An observational study is currently underway to examine prisoners' maintenance of abstinence from smoking following release from a non-smoking facility.

Prior to the prison smoking bans, prisons contained high rates of smokers (80%). Significant numbers of inmates come from the three main bastions of smokers in Australia: Indigenous people, those with a mental illness and substance users. These disadvantaged groups are less likely to access preventive health services such as smoking cessation programs in the community. Therefore, providing evidence based smoking interventions whilst in prison is an equitable offering for prisoners who do not access such interventions elsewhere. Robyn Richmond has led a National Health and Medical Research Council (NHMRC) funded randomised controlled trial (RCT) in New South Wales and Queensland prisons evaluating the effectiveness of a multi-component smoking cessation intervention. It was one of the first randomised controlled trials among smoking prisoners in the world.  All 30 prisons in NSW and one in Queensland participated in the study. Recruitment of 425 male prisoners was followed by assessments at 3, 6 and 12 months. This study conducted in prisons validated the use of combination motivational approaches and nicotine replacement therapy for smoking cessation with one study group receiving active Nortriptyline and the other placebo. Outcomes from this research included provision of an evidence-based and useful model of intervention for incarcerated smokers across Australia.

During this study, a range of unique resources was developed in collaboration with prisoners: a poster advertisement, a calendar, Breakfree Booklet with step by step instructions for quitting, and a stressor package developed to assist prisoners during times they go to court or are transferred to another prison. Robyn Richmond worked with the Corrections System to develop and implement prison policy for tobacco control and smokefree prison wings. In terms of equity, it is imperative disadvantaged people are offered evidence based smoking cessation advice so that they too have the opportunity to lower their high smoking rates and concomitant high risks of mortality and morbidity from smoking and thus improve health outcomes.

The research team’s study was welcomed by prisoners and regarded favourably by prisoner staff, many of whom  quit smoking as a consequence of participating in this study. In 2011, the research team won the Mental Health Matters Award for Research and Evaluation which “recognises individuals or organisations that have completed groundbreaking mental health related research studies, programs or initiatives, and whose findings have significant implications for the mental health field”.

Results from the study were presented at a symposium organised by Professor Richmond and Professor Amanda Baker at the European conference of the Society for Research on Nicotine and Tobacco in Turkey in 2011. The Symposium was titled: Killing them with kindness: Underserved populations and focussed on redressing the lack of proactive smoking policy and smoking cessation interventions for people with mental health and other problems in outpatient and inpatient settings and in prisons. Please see the SPHCM Globe newsletter.

The team’s three prison studies, and an additional qualitative survey of participating staff, reported several important deliverable components that have been applied in the prison system.

Presented by the Minister for Mental Health, the Hon. Kevin Humphries, MP.

Smoking among prisoners and the mentally ill

Designed by a prisoner for the smoking study.

Developed by the research team in collaboration with prisoners for the study.

Developed by the research team in collaboration with prisoners for the study.