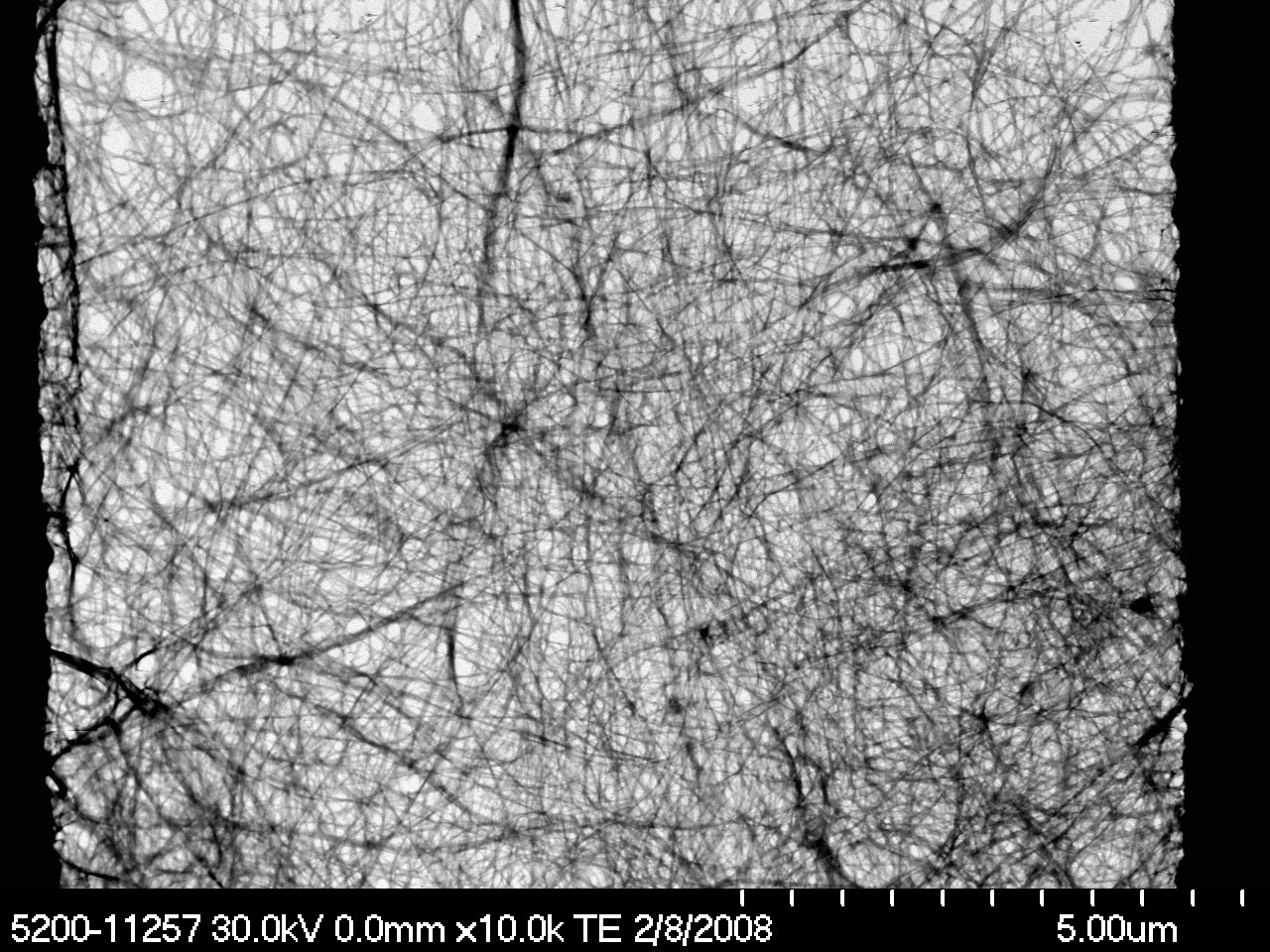 Yield stress fluids are remarkable materials that behave like a solid until a certain level of stress is exerted on them, after which they flow like a fluid until the stress is removed.  Examples of yield stress fluids include toothpastes and other thick pastes, but they also include very low viscosity fluids like coconut drinks. The reason for such large differences is the wide range of microstructures used to formulate such fluids and their yielding and flow behavior can be quite differnet as a result. Many of the details of yielding at small length scales are not well understood and need to be studied microscopically to develop a better picture of their kinematics.  This project uses microrheology, movement by magnetic forces of tiny suspended particles in a fluid, to determine the local response and strength of new types of yield stress fluids like the cellulose nanofibers shown in the image above.