In 2022 Emma is serving on the Journal Board of Memory, Mind & Media, and she is the Artist in Residence for this new interdisciplinary publication (Cambridge University Press) https://www.cambridge.org/core/journals/memory-mind-and-media Artworks by Dr Emma Robertson are held internationally in seven public collections in four countries, including the Hospital Trust for Scotland, who purchased two artworks commissioned by the Scottish Arts...view more

In 2022 Emma is serving on the Journal Board of Memory, Mind & Media, and she is the Artist in Residence for this new interdisciplinary publication (Cambridge University Press) https://www.cambridge.org/core/journals/memory-mind-and-media Artworks by Dr Emma Robertson are held internationally in seven public collections in four countries, including the Hospital Trust for Scotland, who purchased two artworks commissioned by the Scottish Arts Council for the exhibition Wordworks. She is one of fifteen founding Scientia Education Fellows, appointed by the DVC and PVC for a five year period to establish the interdisciplinary Scientia Education Academy. In 2018, Emma received the Postgraduate Research Supervisor Award, endorsed by the PVC Research Training and the Dean of Graduate Research. In 2014 Emma was awarded both the Art & Design Faculty Dean's Sustained Teaching Excellence, and the UNSW Vice-Chancellor's Teaching Excellence Awards. Previously in 2008 she won the Dean's Award for Innovative Teaching for her two University wide creative thinking online courses.

Emma has exhibited in 8 countries (Norway, Italy, France, USA, UK, Germany, Czech Republic and Australia) and was selected as the Artist in Residence at the Royal Botanic Gardens, Sydney, which continued her drawing series exploring endangered plant species in a time of climate crisis. This culminated in a solo exhibition at the Red Box Gallery in the Domain, Sydney which was held in February-March 2009, where 27 mixed media drawings were displayed. The exhibition, called Ascendant and Descendant explored the impact of climate change on rare and endangered Australian flora, and reflected the research work undertaken by scientists at the RBG. In 2017 Emma completed her PhD at The University of Sydney, which extended this research with work developed from visits to Kew, the Millennium Seed Bank, the Royal Botanic Gardens Edinburgh, and other locations. Work from this research has been used by Cambridge University Press in a 2021 journal cover design, by Oxford University Press in a 2017 book cover design, and in 2018 as illustrations throughout Memory in the Head and in the Wild: Interdisciplinarity in Memory Studies https://memorywild.com (Professor Amanda Barnier and Professor Andrew Hoskins). An article on Emma's current research on ecopsychology and ecoanxiety appears in Issue 4 of the Unlikely Journal for Creative Arts https://unlikely.net.au/issue-04/transitions (Transitions: Biophilia, Beauty and Herbaria, ISSN 2205-0027 The University of Melbourne, La Trobe University, Victoria College of the Arts, September 2018) and in the UK based international Journal Drawing: Research, Theory, Practice - A Sense of Coherence: Drawing for the Mind https://www.ingentaconnect.com/contentone/intellect/drtp/2020/00000005/00000002/art00012

Emma has held a number of senior administrative roles including Program Director of the Bachelor of Design degree for five years, three terms as Presiding Member of Faculty, and Deputy President of the UNSW Academic Board. She researches across two distinct areas. In her teaching she investigates theories of mapping and modelling thinking, and new developments in creative thinking processes as applied to global problem solving. In her practice she explores the relationships between words, objects and memory in mixed media drawings, installations and bookworks. She teaches into both the Art and Design Domains.

In addition to teaching creative thinking to undergraduate and postgraduate students in nine Faculties at UNSW, Emma also teaches content relating to the influence of scientific illustration techniques on design processes, including those used in the film industry. In exploring this she has conducted primary research at Skywalker Ranch during the conceptual preproduction work on the Star Wars movies, at Industrial Light and Magic, at Pixar and Animal Logic (at Fox Film Studios in Sydney). Her interview of Star Wars concept designer Iain McCaig has been viewed more than 107,277 times on YouTube (see link below). Her three interviews of Paul Topolos from Pixar have been collectively viewed more than 24,443 times. She has been involved in Executive Education with engineers at Thiess, design staff at the Natural History Museum, London, The Agile Leader course at UTS, and others. Emma researched and worked for three years as a consultant to Arup 2010-2013 to integrate creative thinking processes into their Staff Development initiatives and internal Design School, including a Moodle Course offered to their 10,000+ employees around the world. She convened and lectured the large Master of Design core course Entrepreneurship, Innovation and Creativity over a three year period.

Emma is a Fellow of the Royal Society of Arts, London and was Visiting Fellow at the Centre for Drawing, Wimbledon College of Art. In 2011 Emma was Guest Editor of the TRACEY Journal on Drawing Knowledge, Loughborough University, and in 2012 was Chair of the Drawing Knowledge Conference where she was one of four Keynote speakers. In 2013-2016 she taught Tools for Creative Thinking to postgraduate students in the Design for Social Innovation course at the Centre for Social Impact, and gave guest lectures to PhD students in Engineering and at the INSPIRE NSW symposium. In 2016 she was one of a small team of academics who developed and worked on the MOOC Transmedia Storytelling: Narrative worlds, emerging technologies, and global audiences. The international course explores content relating to the practice of designing, sharing, and participating in a cohesive story experience across multiple traditional and digital delivery platforms - for entertainment, advertising and marketing, or social change. By May 2022 the course had attracted 85,510 enrolments, with a 4.7/5 general approval rating, and 98% approval for the course content:

In 2019 Emma presented her research outcomes at conferences at the University of Loughborough and the University of Worcester in the UK. In 2006 Emma was awarded one of the seven prizes in the International Biennial of Drawing, Europe. The three selected drawings were subsequently chosen for the touring Best of the International Drawing Biennial exhibition, which was exhibited at the International Currents Gallery, Chicago, USA in 2007 and in four other European locations. Emma was subsequently selected for the 2008, 2010 and 2012 International Biennials of Drawing, and her work was featured in the book of Laureates published in 2015. Her work has also been selected for the Adelaide Perry Prize for Drawing and the Jacaranda Acquisitive Drawing Prize in Australia.

2019 The University of Sydney, Reflection and Respite Exhibition:

Finlay D, 2015, The Creative Behind the Design: A Phenomenological Investigation into the Lived Experience of Leading Creative Practitioners, M Phil Thesis, UNSW

PhD The University of Sydney

Interview of Iain McCaig, author of Shadowline and Star Wars designer.
One of three interviews of Paul Topolos from Pixar on his animation work on Partly Cloudy and other films.
Emma at the Drawing Research Network Conference 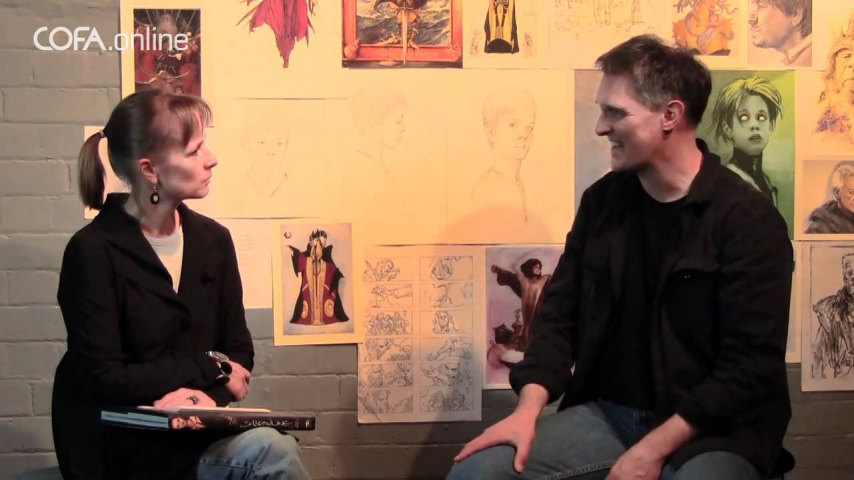 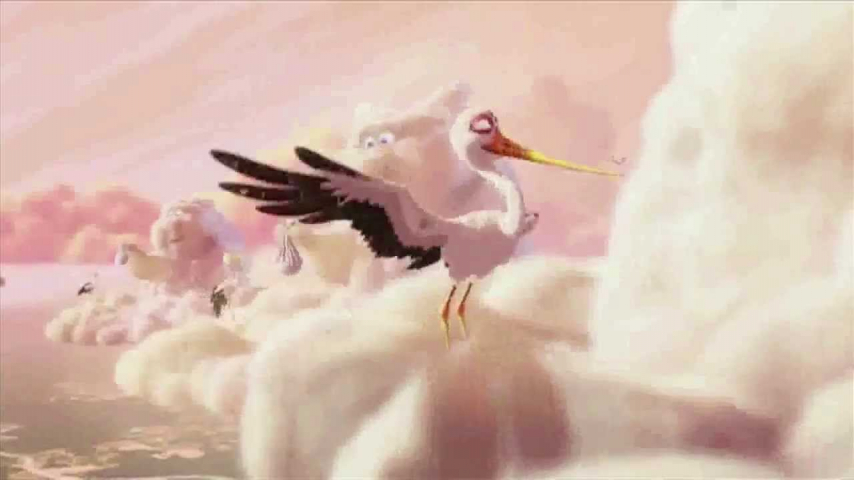 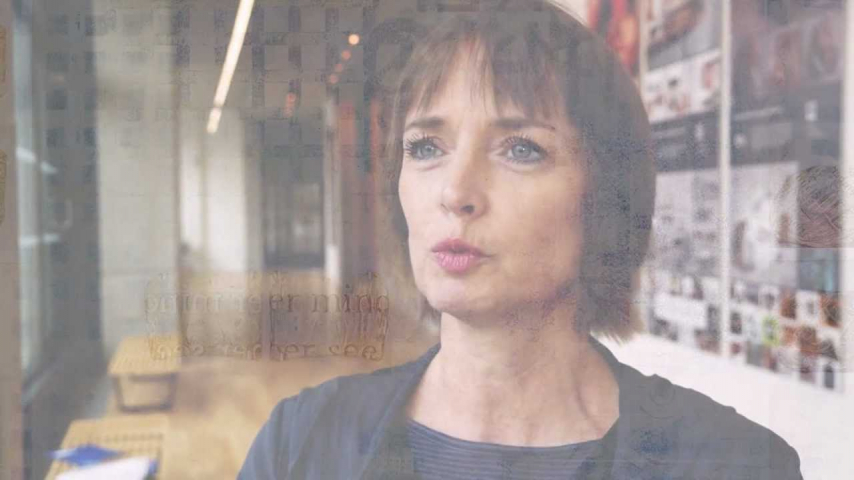