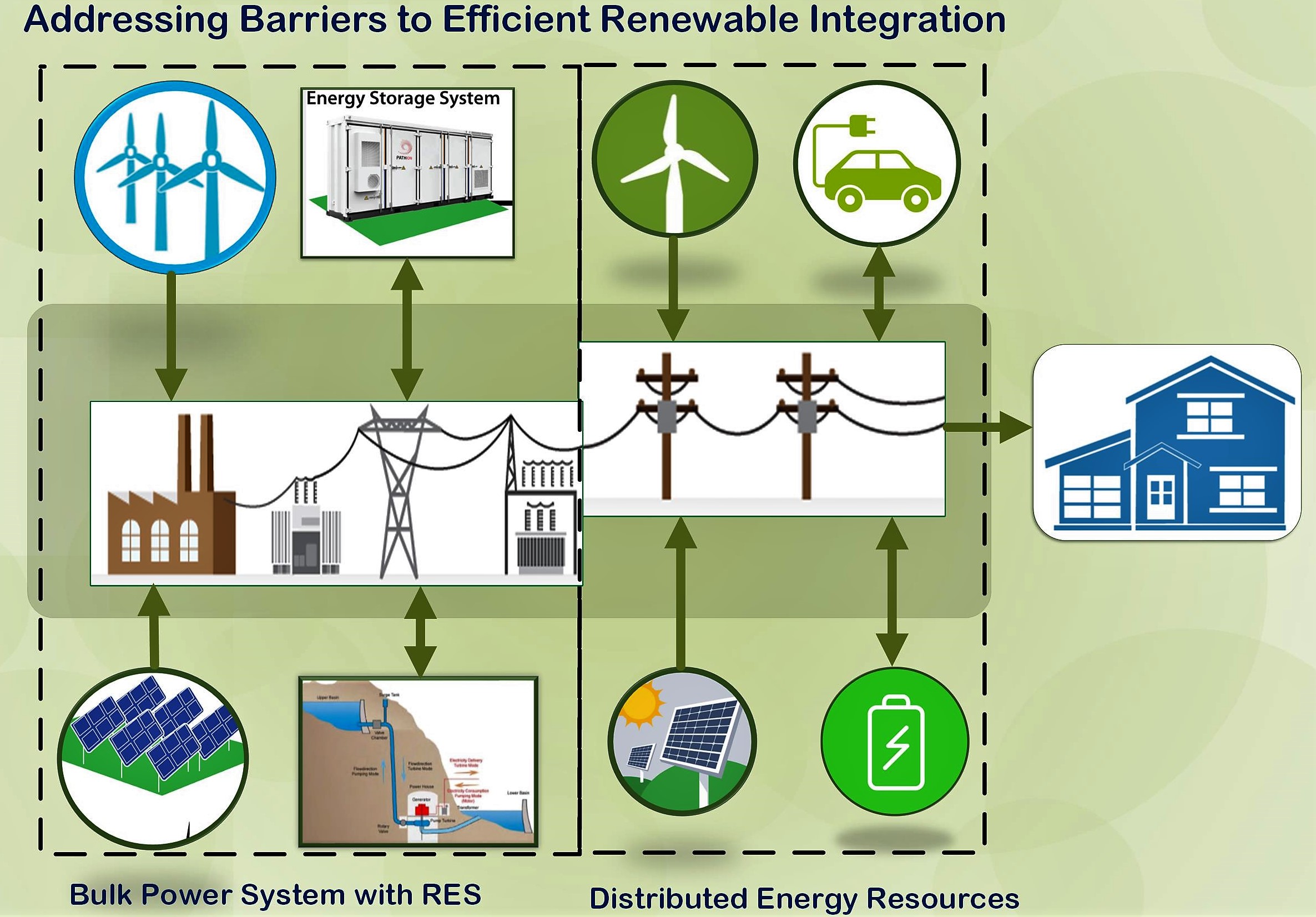 Reliable and economic integration of distributed energy resources (DERs), such as rooftop photovoltaics (PV) and storage introduces specific challenges resulting from their widespread growth. Higher penetration of DERs not only impact the steady state but also the dynamic performance of the bulk power system. Hence, efficient integration of DERs necessitates continued improvements in forecasting, modelling and improved interconnection requirements. This can, consequently, improve overall system performance.

In recent years, the penetration of DERs in the Australian national electricity market (NEM) has increased significantly. Considering this, it is crucial to develop accurate DER models for bulk power system studies. To partially address this, the Australian Renewable Energy Agency (ARENA) under the Emerging Renewables Program has funded this project to develop accurate DER models. The aim of this project is to develop generic DER and composite load models that can be used for bulk power system studies.

The project progress is summarised in the following:

A short list of commonly used inverters in Australia has been prepared. A selected number of these inverters have been tested with disturbances and their performance has been documented. The inverter behaviour will inform the DER model development and other applications:

The results demonstrate that inverters’ response to the same disturbance can be quite different from a system dynamic point of view. For instance, Fig. 1 and Fig. 2 show response of two different inverters to the same high-frequency event. As shown, Inverters 2 and 3 respond at different rates, 0.2 sec and more 15 sec, respectively. This difference can, consequently, impact the modelling and aggregation of DERs for bulk power system studies.

The DER modelling is an iterative process, which requires data collection and model validation on a regular basis. The methodology for DER model development is summarised in Fig. 3. The project progress is on the schedule with the first version of the DER model available by the end of 2018.

Progress Reports - (to be added later)