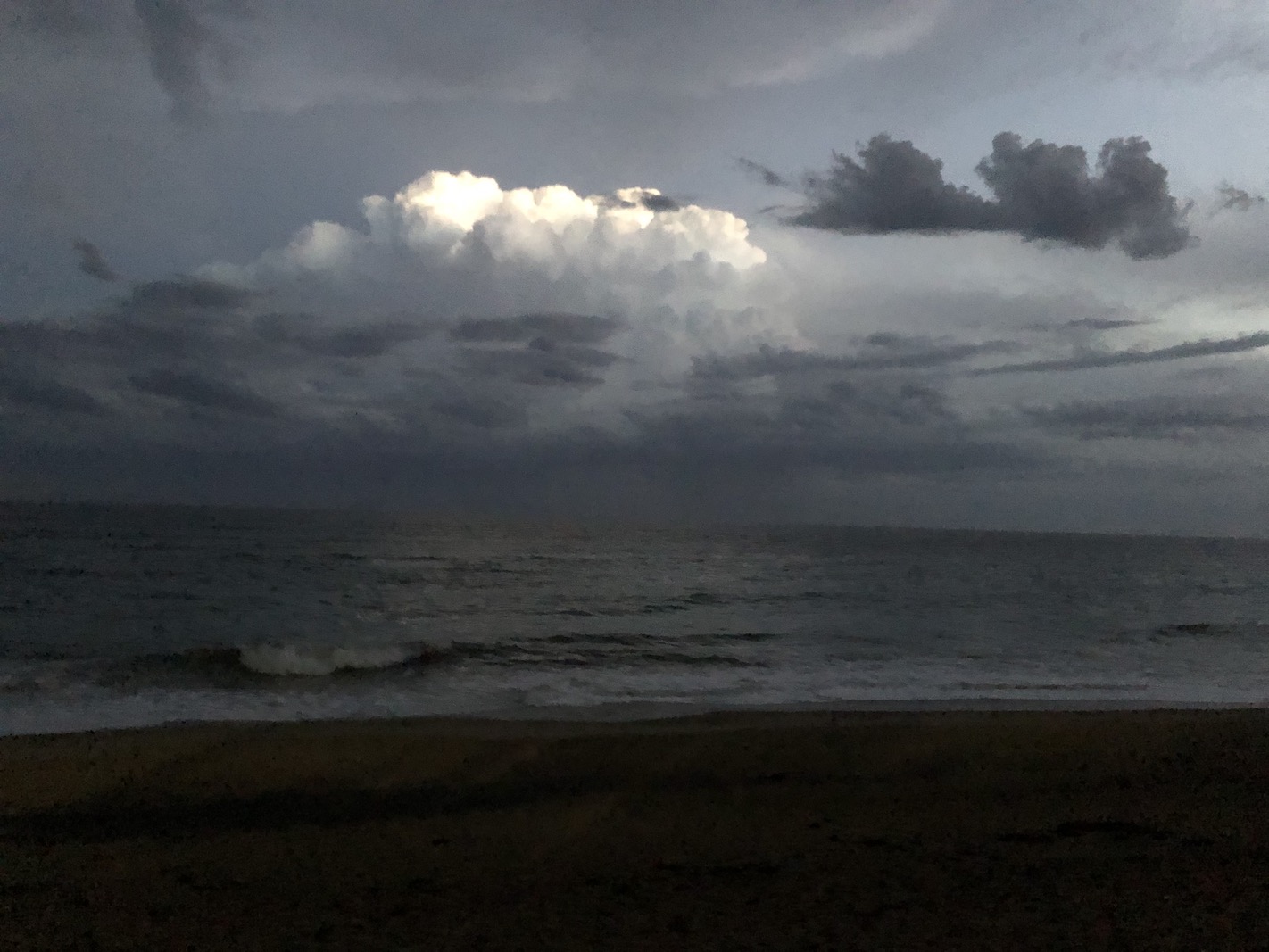 The projects below are ongoing and I would welcome the participation of new students!  (My current team should appear at the bottom of this page).

We are using a variety of machine learning techniques applied to global model and observational data with the objective of improving process predictability (both offline and within global models) and scale interactions.  This includes a DARPA-funded project GAIA (Global Artificial Intelligence Accelerator) in collaboration with STR in the US to redevelop a global climate model optimised for tropical intraseasonal variability, as well as projects linked to the ARC Centre of Excellence for Climate Extremes' Attribution and Risk program to do scale transformation using AI.  These projects are targeting the prediction and understanding of extreme weather events such as hail and heavy rain, but also the improved general prediction of the impact of smaller-scale processes on larger-scale evolution of the atmosphere as relevant to phenomena such as the Madden-Julian Oscillation. We are especially interested in what is sometimes called "explainable AI," or the querying of a suite of machine-learned models in order to tease out structural information about the system which can then be used to reassess or improve physically-motivated models of the system (for example, atmospheric convection).

We also have a project in collaboration with NSW DPIE and the Bureau of Meteorology, funded through the ARC Linkage program, to understand and quantify the present and future risk associated with extreme wind gusts in Australia. The most extreme wind gusts are associated with thunderstorm downdrafts. We therefore seek to understand these downdrafts, what controls their intensity, how strong they can be in extreme cases, and how these parameters might change as climate continues to warm. This project involves analysis of wind and other observations as well as fine-scale modelling of storm systems and environments.

I am co-chair of the WCRP Lighthouse Activity "Safe Landing Climates" which seeks to better constrain possible medium to long-term climate futures for Earth and identify more favourable pathways. I am interested in assessing risks associated with possible surprise events, ranging from unexpected changes in convective organisation, to the possible risk of high equilibrium climate sensitivity or rapid changes or shifts in climate on the way to equilibrium. Palaeoclimate data and perspicacious use of a variety of models are both essential for gaining a handle on these issues, since historical data do not show us what could happen in novel climate regimes.  Cloud changes continue to be the main "wild card" in leaving open the possibility for such surprises.

We implemented Iterative Universal Kriging (IUK) as described by Sherwood (2000) (for homogeneous data) and Sherwood (2007) (for inhomogeneous data). It is designed for superior estimation of means, trends, or other signals in data from a set of fixed stations with incomplete sampling -- including station sets with heterogeneous periods of operation and reporting rates. See the aforementioned articles for a detailed discussion of the statistical approach and performance characteristics. This method has been applied to the radiosonde network by Sherwood (2000), Sherwood et al. (2007), and Nishant and Sherwood (2015).

The current version of the method is equipped to quantify level shifts associated with artificial change-points. The times of these change points must be supplied by the user. If change point times are not known a priori, the user must detect them from the data using some method such as those tested by Sherwood (2007). Output from the first model fit can be useful for an improved detection, as shown in that study; the resulting change-point times can then be supplied for a second, more accurate run of the analysis.

Currently we are working on a revised version of the data to extend the data period and correct an artefact affecting the seasonal cycle in the previous version. When this is available it will be posted here. Please let me know if you are interested in these data.

What is Wet Bulb temperature?

In a 2010 study with Matt Huber, we showed that it doesn't take that many degrees of global warming to permit peak heat summertime heat stress to (occasionally) become unsurvivable, in many parts of the world that are currently highly populated.

We came to this conclusion by considering a meteorological quantity called the wet-bulb temperature. You measure this quantity with a normal thermometer that has a damp cloth covering the bulb. It is always lower than the usual or "dry-bulb" temperature; how much lower depends on the humidity. At 100% humidity (in a cloud or fog) they match. In Sydney and Melbourne, even during the hottest weather, the wet-bulb usually peaks in the low 20's C. The highest values in the world are about 30-31C, during the worst heat/humidity events in India, the Amazon, and a few other very humid places. This map shows peak annual afternoon wet-bulb temperature attained in the present climate (this is a better-quality version of the figure in our PNAS paper).

(Aside: It is surprising how often I hear people say "...it was 38C and 80% humidity," or something like that. So far these claims have invariably been incorrect---usually, the high temperature was in the afternoon while the high relative humidity was in the morning or evening. If they had coincided, the wet-bulb temperature would have been well over 30C, but I do not find any evidence of this and there are good reasons (explained in the paper) why the atmosphere would not let it happen....in today's climate at least. The warmer the tropical oceans become, however, the higher this "thermostat" will be reset.)

Here is a model prediction of what the above map would look like in a world of roughly 10C warmer global mean temperature (also an improved version of the figure from our paper):

Heat stress is more conventionally measured by other quantities such as the "wet-bulb globe temperature" (WBGT), "Apparent temperature," "humidex," and so on. These are essentially empirical approximations of how a person would feel, that take the humidity and the temperature into account and "translate" them into a single, "feels like" temperature. None of these numbers has any theoretical basis or direct relation to heat-transfer laws, and they are only good approximations within a certain range of temperatures and humidities (often excluding the most extreme conditions).

The wet-bulb temperature is probably not a very good predictor of the "feels-like" temperature for most common conditions, which is why it is not used for this. However, it can be used to establish an absolute limit on metabolic heat transfer that is based on physical laws rather than the extrapolation of empirical approximations. That is why we focused on it instead of the usual measures.

The last two entries in the 40C table are far above any reported wet-bulb temperature values in the present climate, but would become possible in humid tropical areas with roughly 6C or 10C of further global warming, respectively. WBGT values in excess of 28C raise heat-stress concerns for strong and extended exertion, and those above 35C are considered dangerous for any exertion. Sustained wet-bulb temperatures of about 35C would surely be deadly even for a person at rest; the corresponding WBGT limit is somewhere in the high 40's / low 50's (the exact value depends a lot on the temperature/humidity combination).

*Thanks to J. Buzan for finding errors in a previous version of this table. For more information and a more complete table for WBGT, see this site